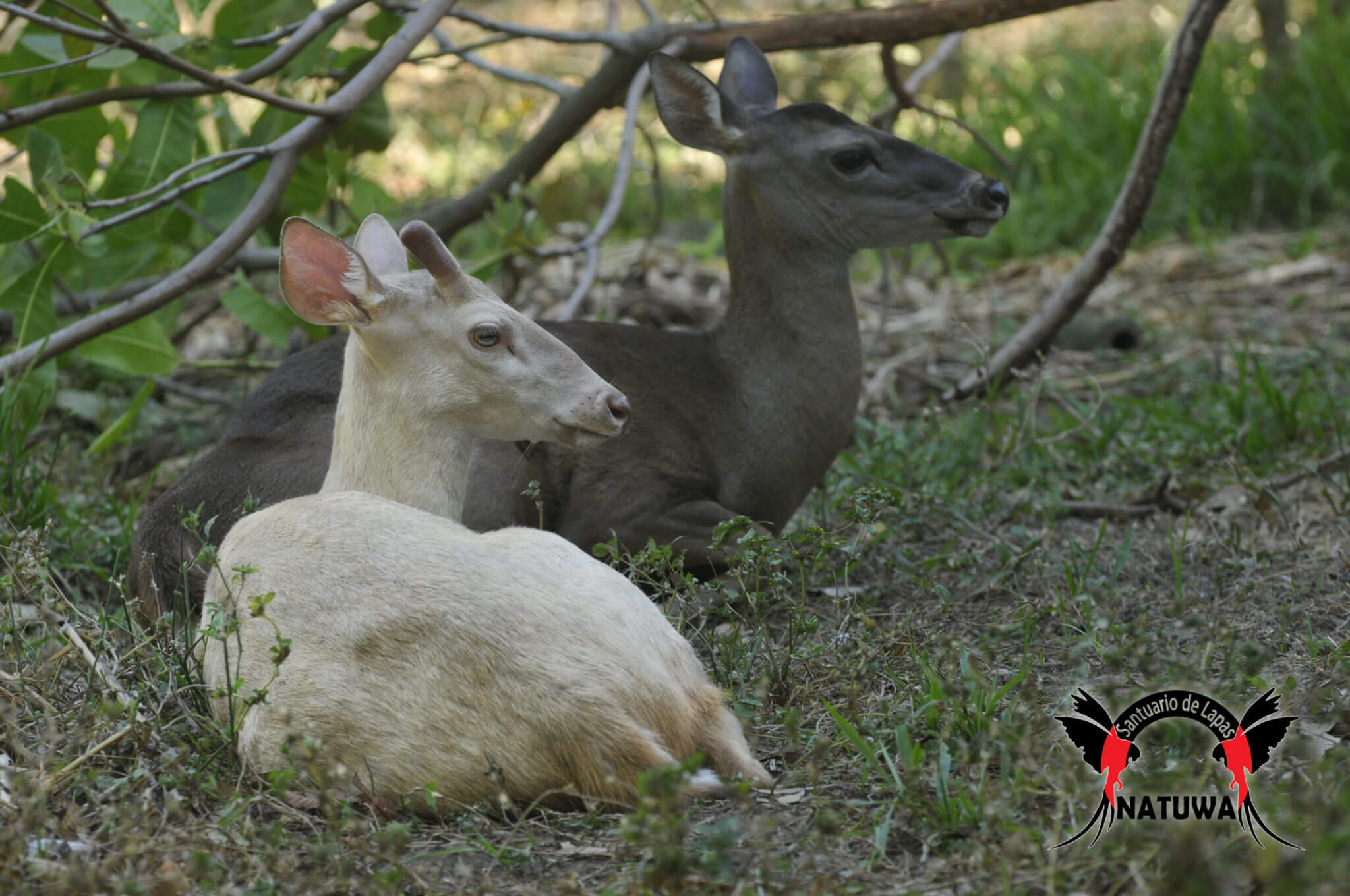 A few months ago two deer arrived to the Macaw Sanctuary NATUWA with very unique coloration. We believed it was due to a nutritional problem, but after several months they continued with the same coloration. We discovered that it is due to a mutation called albinism, a congenital absence of pigment in an individual, which makes skin, hair, feathers, roughly white, unlike the color of the species themselves.

Notice: Trying to access array offset on value of type null in /home/aramacao/public_html/wp-content/themes/oceanwp/inc/oceanwp-theme-icons.php on line 780