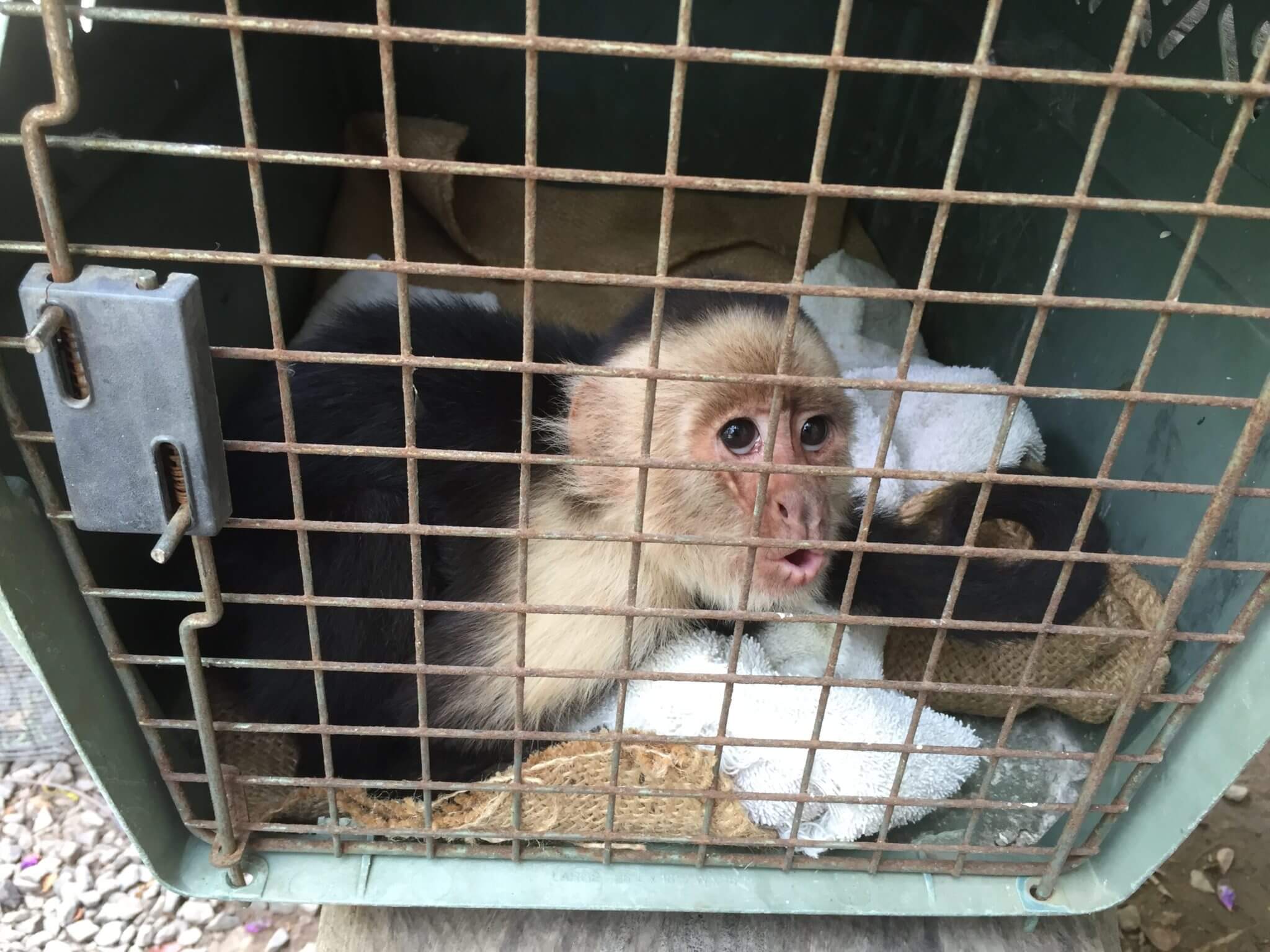 On April 18 arrived a white-faced monkey (Cebus imitator), by officials of SINAC. The animal was the victim of humans who kidnapped it from the forest for use as a pet.

Monkeys raised in our homes as pets become a terrible problem. They are animals that should be allowed to utilize their natural behaviors in the forest and not be surrounded by humans. In addition, they could be carriers of some kind of contagious disease and parasites affecting our families.

Humans commit the action of removing animals from their natural environments to indulge in selfish pursuits. Now the monkey may have to live the rest of his life caged. 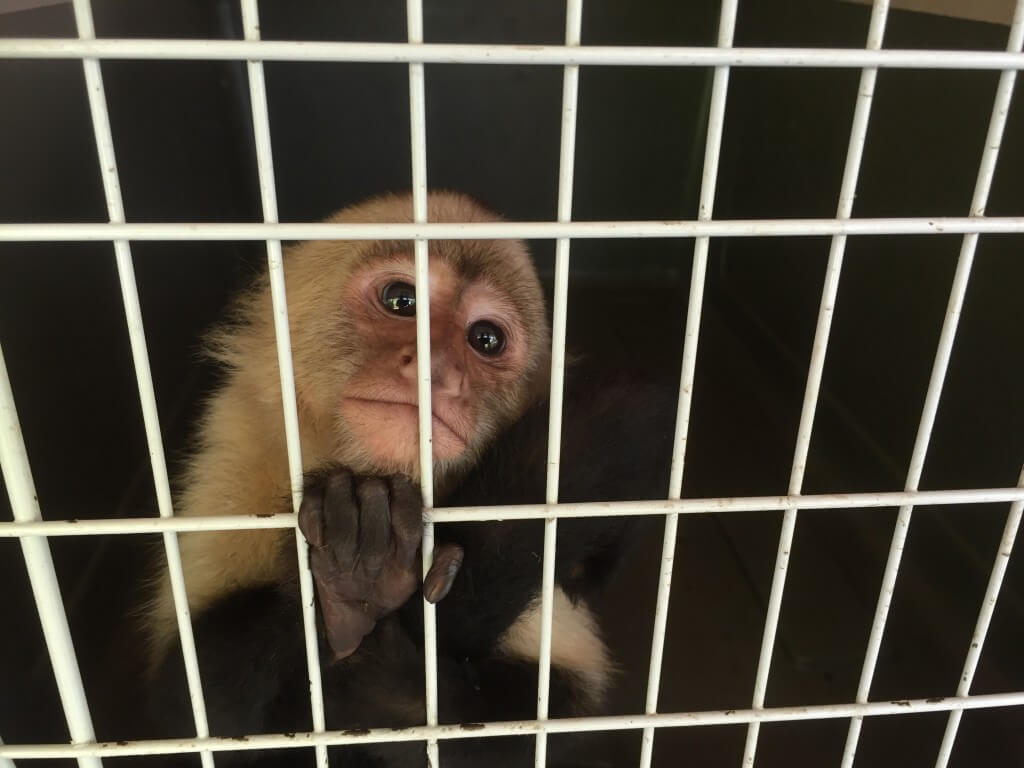