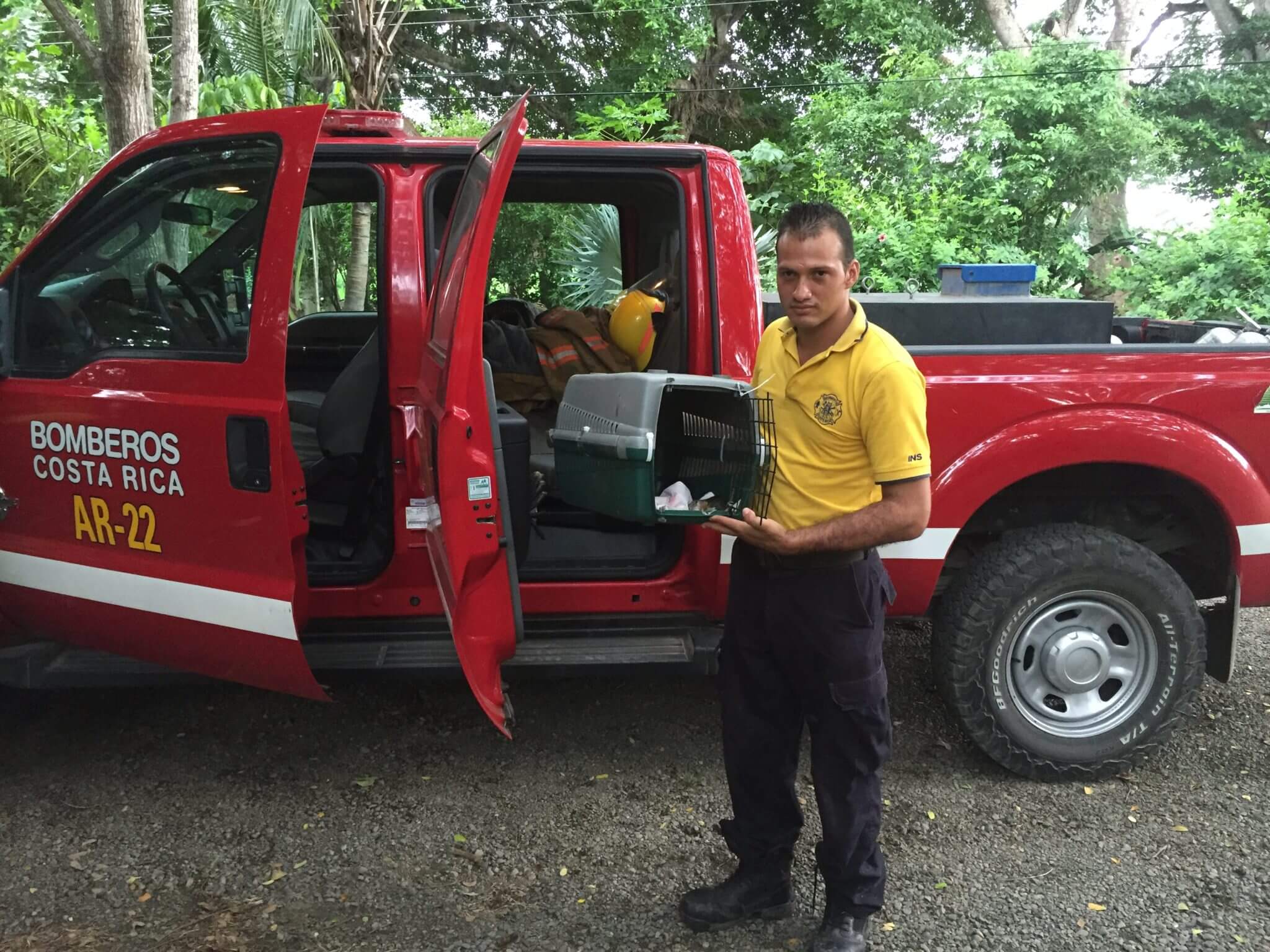 On the evening of May 12, 2017 firefighters or “bomberos” brought an injured white-faced capuchin monkey (Cebus imitator) to NATUWA. The adult female had been electrocuted by powerlines.

Unfortunately this happens often, due to human development in areas in which these animals are found. In a country such as Costa Rica, home to nearly 4% of the total estimated species in the world, human activity can have a devistating effect on the natural balance of the ecosystem. For monkeys, powerlines appear to be a vine or branch that can be used to swing on, often killing or injuring the monkey, therefore negatively impacting the population. For humans, powerlines deliver electricity to homes, powering people’s lives, therefore positively impacting the population. Monkeys have not yet adapted to the innovations of human life, but at the same time humans have not yet adapted to live within the means of the natural world.

Sadly, this monkey could not be rehabilitated and had to be put to sleep in order for its suffering to end.